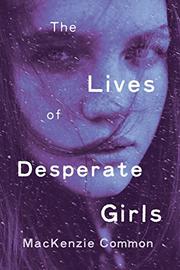 THE LIVES OF DESPERATE GIRLS

In the wake of the disappearance of her wealthy, white best friend, a white teenager in a small Ontario town investigates the murder of a classmate she doesn’t know: a Native girl from the nearby reserve.

The police have interrogated Jenny several times, as they feel that she has information about her friend, Chloe; she does, withholding it from both them and readers. But the police put Helen’s story and investigation on the back burner, causing Jenny to suddenly recognize the mistreatment of Native people. As in far too many thrillers for teens, the parents conveniently never ask questions, even in the most dire of circumstances. In a particularly troubling representation, Native parents are depicted as passive victims who need Jenny’s involvement. Jenny’s cluelessness is both difficult to believe and actively offensive. Although rez kids live so close as to attend Jenny’s school, she doesn’t even know their nation and must ask, “uh, what do I call you guys? Like, First Nations or something?” (The answer is likely to illuminate readers no more than it does Jenny.) When Jenny and her pothead boyfriend frighten away a young Native man she wants to question, it triggers a burst of laughter, a snuggle, and the thought “For the first time since Chloe disappeared, I felt truly happy”—this just a few days after sitting in the home of a Native mother who tells her about the residential school experience. Stiff prose, inconsistent characterization, and clunky plotting round out this novel’s woes.

Skip this exercise in white-savior narrative.