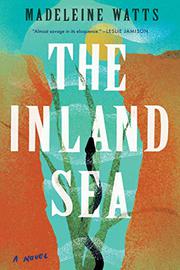 An unnamed protagonist watches Australia burn as her body burns along with it.

With an almost bored detachment, a recent college graduate and aspiring writer working at a Triple Zero call center (Australia’s version of 911) lists the crises she transfers to emergency agencies: “An old man with chest pains...a woman hiding from her ex-boyfriend under the bed, and a mother whose baby had turned blue.” This aura of detachment doesn't mean the narrator is callous but instead points to a central tension running through the novel: the narrator's desire to be separate from a body that feels too much. Watts plays with this idea of dissociation by creating a heroine who writes to the reader from a future vantage point without ever revealing her own name (and giving pseudonyms to everyone in her life). Nevertheless, the reader is invited to witness the intimate moment when the blood clots slide down the narrator's leg in the shower after she has an abortion. This abortion and the man who impregnated her usher in a series of events that violently echo Australia’s burning landscape. The narrator continuously endangers her body through unprotected sex with strangers, overindulgence in alcohol, and ill-advised swims in riptides; meanwhile, her mind seems to be playing catch-up: “I became aware of a sound that I discovered was being issued from me. A howl.” People around her experience disasters, and she keeps herself outside. She goes through trauma, and she doesn’t know she’s the one screaming.