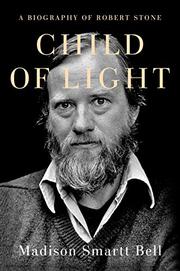 A Biography of Robert Stone

Comprehensive life of the late novelist Robert Stone (1937-2015), victim and chronicler of an excessive era.

“Nothing is free.” So, writes novelist Bell (Behind the Moon, 2017, etc.), ran a mantra of Stone’s. It’s fitting. Stone grew up fatherless, with a mother who may have been schizophrenic, in and out of orphanages and shelters, and he responded with a need to fight for every achievement. So he did, joining a gang, showing up drunk to high school—and somehow arriving in Wallace Stegner’s famed writing workshop at Stanford. There, Stone fell in with the likes of Ken Kesey and Neal Cassady and spent much of the 1960s zonked out, lending irony to the subtitle of his memoir Prime Green: Remembering the Sixties. But as Bell clearly shows, Stone was still capable of marvels: His Vietnam War novel Dog Soldiers, published in 1974, was “regarded as the definitive work of fiction on the war by readers who found it both curious and curiously appropriate that only a small percentage of its action took place in Vietnam, and practically none of it in combat.” Other hallmark novels were Children of Light and A Flag for Sunrise, a Pulitzer finalist. Stone arrived at a state of solvency and relative fame in midcareer, hampered only by his prodigious appetites: The end of the 1990s found him suffering from many illnesses, some self-wrought, as his “drug and alcohol problems were still hovering at crisis level.” Bell’s approach seems formulaic after a time: He writes of a period of time, offers a sometimes-too-detailed summary of the plot of a given book or story, surveys the criticism (Michiko Kakutani being a special bête noire), and finally looks at the till. It’s a lot of inside baseball. Though perhaps too much for civilian readers, the business end in particular will fascinate working writers. For all Stone’s flaws, Bell makes a solid case for the importance of his work.

Perhaps not the last word on Stone but essential for students and fans of the writer’s works.