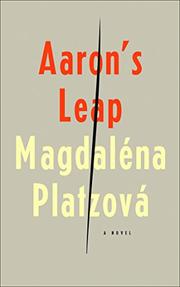 A Czech novel about art, death and sex set against the backdrop of the Holocaust and never-ending war.

The framing of the author’s first novel to be translated into English initially appears to be unnecessarily complicated. The main narrative thread concerns the life and death of Berta Altmann, an underrecognized artist, inspirational teacher and Communist who died at Auschwitz. Her story has inspired a documentary film project, which begins the novel with a visit to the 88-year-old Kristýna, a better-known artist who learned from Berta and has her diaries, whose cooperation is reluctant at best. “[D]ead Jews are good business,” she reflects cynically of the project. Because of Kristýna’s reluctance to consent to more than a terse interview, the filmmakers enlist her granddaughter, Milena, to help on the project. There’s an immediate attraction between the beautiful Milena and the cameraman, the Aaron of the title. And then we get to Berta’s story, which dominates the middle of the novel and which shows her coming-of-age through phases similar to those Kristýna would subsequently experience and Milena will. Further complicating the novel are the infidelities that will connect them all. There are all sorts of grand pronouncements: “Art is a path toward the light, to the emancipation of man; this is something I believe in, something for which I’m willing to sacrifice everything.” And dialogue: “Unhappiness is like an illness. No one can cure me of fate.” But when Kristýna belatedly ruminates that “[e]verything is pulling me downward and backward,” the novel’s structure seems less arbitrary than it did at the outset.

The revelations redeem some of the stilted writing and the characters’ senses of self-importance, as the reader comes to connect with and care for these characters as more than mouthpieces for history.