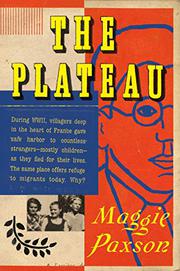 Field Notes in a Place of Refuge in a World Adrift

A multilayered, intimate look at what creates a “peace enclave” amid terrible violence.

Pursuing her research into how “even powerless-seeming people can find ways to resist the will of a violent state,” anthropologist and essayist Paxson (Solovyovo: The Story of Memory in a Russian Village, 2005) delved into Holocaust studies and ultimately focused on one peculiar region in France, Plateau Vivarais-Lignon. From the early centuries of religious war, when the region protected Protestants, to World War II, when there was a school of refugees sheltering hundreds of Jewish children, to today, when a thriving center for asylum-seekers houses innumerable refugees from places like Congo, Rwanda, and Chechnya, the cluster of villages possesses a remarkable history of “heroic altruism.” In order to tell the story of this extraordinary community, the author immersed herself in the history of the small rural area, somewhat isolated at 3,000 feet, full of farmers and sheep herders. Specifically, she absorbed the tragic wartime fate of Daniel Trocmé, who arrived to run a home for refugee children in the French backwoods in the fall of 1942. As he wrote to his parents, he wanted “to be part of the reconstruction of the world. I…wish not to be ashamed of myself.” Paxson is meticulous in her attention to fieldwork detail: the way people live, their language, the choices people make in times of violence when communities tend to close doors and “act in such a way as to maximize the best outcomes for ourselves.” Yet the opposite happened on the Plateau, where people sheltered the strangers as the Nazi occupiers made strangers enemies to be annihilated. The many layers in this engrossing, almost suspenseful work involve the author’s evolving relationships with the current refugee families at the asylum center, the revealing letters Trocmé sent to his family delineating his blooming personality and sense of purpose, and the author’s own growing determination in her research. Throughout, Paxson keeps asking questions and probing, never settling for assumptions.

An elegant, intensive study that grapples with an enormous idea: how to be good.