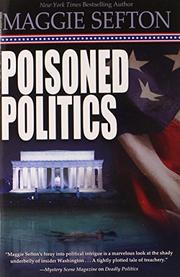 A scandal in the nation’s capital forces one friend into hiding while drawing out another who’s keen to know what’s at its root.

Growing up in D.C. political families, Molly Malone and Samantha Calhoun have long understood the Machiavellian motivations of politicians. While Molly’s used her expertise to secure a spot working for Sen. John Russell, Samantha’s chosen a less traditional way of reaching out to politicos: mentoring young men in the office and outside. When her latest project, married Rep. Quentin Wilson, is found dead, overdosed on pills in Samantha’s house, Molly is naturally determined to come to Samantha’s aid. Though Samantha insists that she has an alibi for the evening of Quentin’s demise, she refuses to release the name of her “friend” lest he too be thrust into the unwelcome spotlight. As Molly tries to clear her best bud’s name, she suspects that what has happened is somehow related to the murder of her niece and the elusive Epsilon Group that inner D.C. circles can only whisper about. Meanwhile, Molly’s also investigating the chemistry between herself and her former flame Danny, hoping there is still something to be found between them.

Fans of the capital city may be dismayed at the overly romantic portrayal of everything from the heat to the work hours. And given its lack of resolution, Sefton’s latest (Deadly Politics, 2012, etc.) may not be worth the time of some readers.