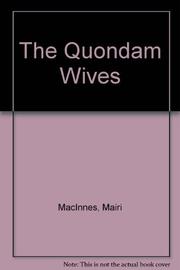 A nasty tussle over an ancestral home comprises the plot of a British poet's first US publication—a mumbling train-of- consciousness tale that hardly lives up to the King Lear story on which it's fashioned. Alice Winship has long been absent from Quondam Hall, the expensive behemoth presided over by her aristocratic former husband, Anthony Quondam. Having made a life for herself with a second husband in New York, Alice returns now to Yorkshire only at her two grown daughters' behest—to ensure that they retain their share of the estate as Anthony prepares to leave for cozier quarters. In Yorkshire, Alice is quickly reimmersed in the web of Quondam life as currently spun by Esme, Anthony's restless second spouse; Delia, their aloof, artistic daughter; and Alice and Anthony's own rapacious, middle-aged Gwen and Reggie. Alice is not surprised to find her dogmatic, elderly ex-husband enjoying his power over his women as they squabble, more or less vulgarly, over the hall's future. She even half-heartedly tries to patch things up as her daughters reveal their plan to exploit the land's mining deposits and turn Quondam Hall into a tourist attraction (complete with gift-shop) while Delia, who is Anthony's favorite, moves into a trailer in a sulk and Esme wrings her dainty hands in despair. In the end, there is a falling-out anyway in the midst of a violent storm. Delia, Anthony, and Reggie's husband wind up dead; Quondam Hall is left to the two older sisters; and only Esme, fleeing to New York to distract herself with Alice, recovers sufficiently to seek love once more. Aristocratically bland.