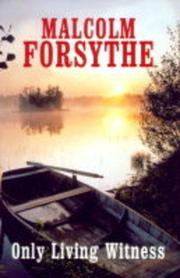 When Helen Forman decides to remodel the house her father Eddie gave her, the builder uncovers a corpse murdered 25 years ago. At first, Chief Inspector Millson and Sergeant Scobie think the murder has nothing to do with the current occupant. A closer look at the blueprints, however, shows that it occurred while Helen's aunt and uncle, Piers and Mary, lived in the house with three teenaged foster children. Was the corpse one of the children? The answer is not easy to find: Helen and her siblings never knew Piers and Mary Forman, and now they’re both dead. Even her father, now suffering from Alzheimer’s disease, was estranged from Piers throughout Helen’s life. What’s needed is a second corpse, and one obligingly turns up, naked and drowned, at Dengie Flats. With some help from a peeping Tom, Scobie traces a yacht spotted just off the beach the night of the murder to Greg Henderson, who leases it to Helen's brother Bobby—and has another, more intimate connection to her family. Then Bobby and the yacht are blown up, leaving his stepmother, though not his wife, grieving. Days later, Eddie is suffocated. In the end, the last living witness to the 25-year-old murder turns up, and Millson just manages to keep her from being the last victim.

Forsythe’s American debut under his own name, as much soap opera as mystery, collapses under a surfeit of red herrings, illicit sex, and selfish twits. By the time the least likely character is neatly revealed as the murderer, few readers will care.