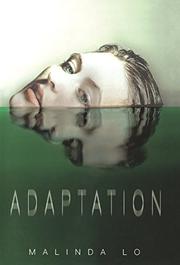 After multiple horrific plane crashes caused by bird strikes, all flights are grounded. Riots break out. Reese and David, traveling home after a disastrous debate tournament, are in a near-fatal car accident near a mysterious government facility. The tension is relentless until the teens make it safely back to San Francisco, at which point romantic entanglements (Reese falls for Amber, but maybe she likes David too) detract from the strange abilities Reese and David are developing and the conspiracies they begin to unravel (with lots of men in black after them). And then things get crazier. Lo’s dialogue rings true, and smart-but-sometimes-dumb Reese, from whose perspective the action unfolds, is an appealing main character aside from her romantic dithering. Too-good-to-be-true love interest Amber satisfyingly proves to indeed be too good to be true, although stalwart David, compared at one point to Captain America, remains ridiculously heroic and together throughout. Lo manages a diverse cast (Asian-American smart stud; gay conspiracy nut; debate nerd) without ever falling into stereotypes, but unfortunately, the same is not always true of the plot.

Despite the weaker second half, slot this on the shelf between Cory Doctorow’s Little Brother and The X-Files.