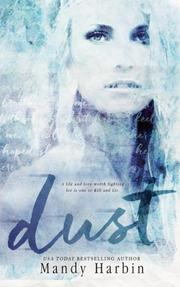 A chance encounter leads to an opportunity for two college students to heal past emotional wounds in Harbin’s (Surrounded by Woods, 2016, etc.) contemporary romance.

Olivia “Liv” Musgrave dreads her upcoming semester as a transfer student at Louisiana State University. She was born nearby, but she moved away at the age of 10 after her parents divorced. Before that, she was abducted, along with her sister, Sam, and held prisoner in a basement. The kidnapper let Liv go after she suffered a life-threatening food allergy, but he brutally murdered Sam. This traumatic experience left Liv with a deep sense of guilt and a wariness of forming connections with other people, especially men. One day, in an LSU art class, she meets Killian “Kill” Ashley, a handsome senior with a few painful secrets of his own; years earlier, he witnessed his father murder his mother. Fearing that he might become as abusive as his father, he’s avoided relationships and kept his contact with women strictly casual. Despite their reservations, Liv and Killian develop a friendship after she agrees to help him with his research paper. They gradually fall in love, but specters of the past and a surprising danger in their present threaten their precious chance at happiness. Harbin’s romance features appealing lead characters; a tender, erotic love story; and a suspenseful plot twist. Its strongest aspect is the way that Harbin builds Liv and Killian’s relationship, telling their story in chapters that alternate between their first-person perspectives—an effective approach that provides the opportunity to explore the effects of the nascent romance on both characters. It also builds slowly and steadily as they open up to new possibilities. The secondary characters are equally well-developed—particularly Liv’s roommate, Jewel Barbie, and Gabe, Killian’s former friend whose interest in Jewel may have a darker motivation.

A fast-paced tale with dynamic protagonists and a healthy dollop of suspense.