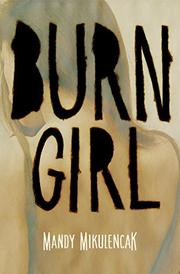 A teen girl learns she can’t erase her past but she can forgive herself and look hopefully to the future in Mikulencak’s debut novel.

When 16-year-old Arlie Betts finds her mother dead of an apparent drug overdose, Arlie’s life takes a major turn for the better. After being both parent and child most of her life, Arlie now has to trust adults to take care of things. Enter Frank, an uncle Arlie never knew existed. As they learn to relate to each other, stepfather Lloyd, whose meth lab exploded seven years earlier, disfiguring Arlie’s face, arrives and threatens their tenuously happy home. Lloyd demands that Arlie steal money from Frank to settle a debt Arlie’s mother owes him. If Arlie doesn’t comply, Lloyd will destroy everything and everyone Arlie cares about. Although her story is compelling, Arlie isn’t. Her first-person narration is generic and flat, and her lukewarm personality remains static throughout the novel. Fortunately, the well-drawn supporting characters hold everything together, notably best friend Mo, love interest Cody, and grandmother figure Dora. Frank, however, is the life of the story. As a first-time father to a teen niece he’s just met, he’s a wonderfully awkward mix of clueless and clued-in as he navigates his new role and works to create a home for Arlie.

Readers will likely feel impartial to Arlie, but her story is tense enough to catch an audience. (Fiction. 13-16)