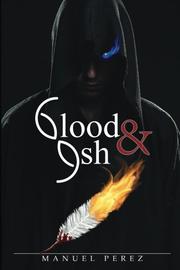 An MIT student with untapped power may play an essential role in a centurieslong war between otherworldly coalitions in this debut supernatural fantasy novel.

Ashley “Ash” Drake escapes his rather uneventful life at MIT with video games. So when a voice in his head and image on his computer screen tell him he possesses unrealized potential, Ash sees the chance for an amazing opportunity. A mysterious package arrives, and equipment inside (for example, virtual reality goggles) starts him on his training—to harness magic. Later, the man from Ash’s screen, whom the student dubs the Wizard, shows up with a history lesson: some children are born of evil (the Touched) and others are good (the Blessed). Both sides have been warring for as long as anyone can remember and searching for the foretold Blessed One, a powerful boy who will drive back an impending darkness. The Wizard, unsure if Ash is the Blessed One, helps the MIT senior, who uses a gemstone eventually affixed to a wand, develop his abilities. Ash then heads to Las Vegas to find “Smiling Jack” Porter, who can use his gift of premonition to locate Sinthia Greyson, an apparent target of the Touched. Touched fiend Nihalus may be looking for Sinthia. He wants to get his clawed hands on a crucial relic, the Sangrian Map. Despite exploiting familiar traits of sorcerers (wands and cloaks), Perez ultimately reveals much more of the Blessed and Touched. A significant back story, including a lengthy but riveting section on young Jack learning he can see the future, never slows the narrative down. Most details aren’t clear until near the end, such as the importance of both Ash and Sinthia, but the mystery’s intriguing enough to retain momentum until the rousing final act. It’s a shame that Touched recruit Sarah Blake, who ominously whispers to potential victims, “I might not be good for you,” is not in the book more. This, however, is clearly the beginning of something bigger, so there’s fortunately the prospect of seeing Sarah again. Humor’s minimal but memorable, particularly Ash’s determination to further his training, which is offset by the Wizard’s insistence that he first put on his pants.

A hearty introduction to a world of magic and its equally enchanting inhabitants.