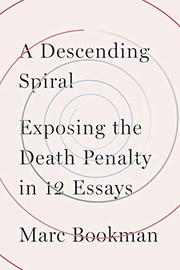 Exposing the Death Penalty in 12 Essays

Essays from one of America’s most prominent death penalty abolitionists.

In authoritative and scholarly yet largely accessible language, Bookman—director of the Atlantic Center for Capital Representation and veteran capital defense attorney who has contributed to Mother Jones, the Atlantic, and other publications as well as numerous editions of the Best American Essays series—evaluates a dozen cases that expose glaring injustices endemic to the system. Mental illness and its (mis)diagnosis is clearly one of the problem areas, as demonstrated by the chilling case of Andre Thomas, who, inspired by a demonic delusion, murdered his family in a psychotic rage in 2004. The author argues against the death penalty in cases where a severe “intellectual disability” is readily present and medically verified, and he points out that because each state’s laws vary, so do the fates of their felons. Bookman delineates situations where capital punishment is not only unjust, but upheld through an overlooked breach of process and based on convoluted evidence, an unstable criminal, or racially tainted conclusions. The author spotlights cases plagued by prosecutorial misconduct, judicial override, and racially biased judges and jurors, and he details situations in which the convicted party received the death penalty through the improprieties of skewed perspectives. He also probes the history of—and general hesitancy about—the execution of women and shows the danger of impaired representation. “In the same way that alcoholics see things more clearly when they stop drinking,” he writes, “death penalty cases often come into better focus when good lawyers take over from bad ones.” As a staunch death penalty abolitionist, Bookman creates a clear, comprehensive portrait of a broken system, and the cases he highlights make for fascinating reading. The author acknowledges that while executions and death sentences have decreased significantly, there remains a great amount of work to see it “grind to a slow and painful halt after an accumulation of wrongs.”

Concise, convincing arguments against the continuation of capital punishment in America.