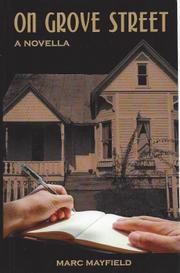 An investigation into two murders in California leads to a house on the titular street, where both victims once lived, in this novella.

The year is 1991. On a San Francisco street, Ian Christian Hamilton is cut down by two bullets. Two days later, in Sonoma, popular musician Edward Hayes is found brutally murdered in his home recording studio. Sonoma County Deputy Sheriff Ben Hyatt comes across a journal that indicates that Hayes and Hamilton were roommates 22 years earlier. He contacts San Francisco Detective Joe D’Alessandro, who is weeks away from mandatory retirement. “Maybe you and I are looking for the same somebody,” Hyatt clues him in. As they track down leads, events unfold through Hayes’ journal entries, which include love letters and magazine clippings, and time shifts that reveal the who and why. One acquaintance refers to the victims as “harmless oddballs.” They are anything but. Hamilton was a wealthy sociopath (notes his ex-wife: “I once asked him where he got the idea he could do whatever he wanted. He said, ‘Where do you get the idea I can’t’ ”). Hayes, disowned by his own wealthy father after being outed as gay, was a prodigious musical talent and seemed poised for stardom after teaming with David Copeland, another Grove Street roommate and a gifted songwriter. (Rolling Stone magazine compares Copeland to James Taylor.) Copeland, much to Hayes’ distress, is focused on teaching and his girlfriend, Kate Anderson. In his enjoyable tale, Mayfield (In the Driver’s Seat, 2011) has an engaging, crisp, spare style when it comes to dialogue that drives the story forward, as in this introductory exchange between “crusty old-timer” D’Alessandro and Hyatt: “You married?” “Not anymore.” “Veteran?” “Army. Vietnam. Infantry.” “Army. Korea. Infantry.” This is the beginning of a beautiful friendship, and if they are teamed up again, one hopes they are given more to do. Readers—privy to information they don’t have—will be mostly one step ahead of them.

A brisk and entertaining read; less a mystery than an affecting character study and rumination on letting go of the past.