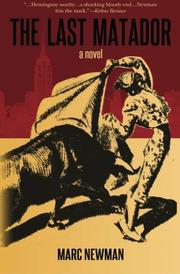 Like every other man at his firm, Henry Rothman ogles his sexy co-worker Elaine. But as a man whose mother once taught him to fistfight and whose father instilled in him the deceitful side of trading, Henry tends to get what he wants, quickly wooing and wedding “Lainey.” Yet when Lainey reveals her own desire to teach Spanish, she embarks on a summer program in Madrid, throwing Henry’s tempo off balance when he visits. First, he makes a drunken move on Lainey’s supervisor, Cass. Then he meets Cass’s cousin José, a “novice matador” who idolizes Henry and turns him on to the wonders of bullfighting. Finally, Lainey announces she’s pregnant with Henry’s child. Henry, his wife and friends indulge in Hemingway-worthy idleness, day trips and alcohol consumption before Henry and his bride return to the States, where his career peaks. As his success and wealth rise, so does his ego, until he finds himself in the ring facing old demons that threaten his relationship with Lainey and their daughter, finally resulting in a shocking, bloody end. Due to the book’s subject matter, and because its epigraph quotes Hemingway, it comes as no surprise that Henry’s narration often seems to mirror Papa’s cadence. But the inevitable comparisons only highlight Newman’s frequently clunky prose and superfluous details: “Lainey helped Cass clean up, and I went back into the house to finish shaving. The sun was rising fast, and I knew it was going to heat up outside. It was only nine thirty….I spent a few minutes putting on SPF 50 sunblock and felt satisfied that I had done a good job.” Time references also get murky, especially in the hasty beginning and when Henry makes vague, passing comments about a prior, supposedly monumental trip Cass and José took to New York. Newman hits the mark, however, when delving into Henry’s back story and describing the bullfights: “He lifted his sword with his right hand and lowered the muleta in front of his torso with the left….The bull followed the muleta with his eyes and dropped his head. The matador sighted him along the blade trying to locate the sweet spot between the bull’s shoulder blades.”

A cumbersome tale with occasional moments of insight into love, loss and redemption.