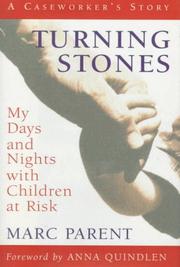 My Days and Nights with Children at Risk

At once heart-wrenching and heart-lifting is this record of four years that the author spent riding to the rescue of abused and neglected children. Parent was an Emergency Children's Service worker in New York City's child welfare system, one of the men and women who on nights and weekends investigate calls about children in danger. Parent (yes, he took a lot of flack about his name) came to public prominence when a baby died after he and another worker had visited a family in a mice- and drug-infested building and missed identifying the child as at ``imminent risk,'' that is, in immediate danger of death or serious injury. Official blame was placed elsewhere, but Parent agonized over the judgment for weeks. This compelling book is the result of his self-scrutiny. It includes what the author considers the most tragic and dramatic of the hundreds of cases he encountered. Here is the story of a mother who, anticipating Armageddon, urged her five children to jump out a 23rd-storey window; two leaped before help arrived. Another woman, convinced that she was hexed and seeing blood on the walls and broken glass in the food, had barricaded herself and her hungry children inside their apartment. In another horror story, a nine-year-old had beaten his five-year- old cousin to death. Amid the sad tales are often humorous sketches of Parent's colleagues and telling vignettes of the primitive working conditions—among other things, no place for children removed from their homes late at night to sleep except a straight chair. In the long anecdote that provides the title for the book, Parent comes to believe that even in cases where child welfare workers can do little, the work provides ``an opportunity to touch a life at a critical moment and make it better.'' Riveting stories, tuned to the headlines, that also defend the much maligned caseworkers who must make snap judgments under often bizarre circumstances in the field. (Author tour)