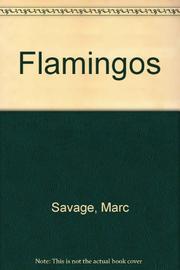 Savage, whose first novel was The Light Outside (1976), here tells the story of a pair of ex-cons who move to Phoenix to run a harmlessly profitable scam amongst the retirees. One of the pigeons is an elderly New York mobster who's not as enfeebled as he appears. Closet intellectual Del Rebus is the man with the plan—a middle-aged white fellow with the longest string of jokes since Henny Youngman. Elvis Mahoney is the junior partner, a black Memphian with dreams of his own restaurant. The pair met in prison in California, where Del took Elvis under his wing and saved him from the usual sordid initiation. Their sentences behind them, the friends have taken themselves—along with Del's beautiful girlfriend Franny—to Arizona to glean the fields harvested by the savings and loans with a bit of financial flimflam. The scam looks like a winner. Profits roll in, including $50,000 from the pockets of a senile gent named Joe. But Joe is syndicate capo Joe Scorcese, who's in Arizona recovering from an assassination attempt. He is anything but senile. Mr. Scorcese plays the pair like a couple of mandolins while he works his own revenge on the parties who tried to end his life. Elvis has enough sense to recommend bailing out at once, but his loyalties keep him with Del, who has a grudge against the mob and sees Joe as an opportunity to pay them back. Smart and funny. The Scorceses appeared previously in Savage's paperback Scratch (1990). With any luck they'll be back again.