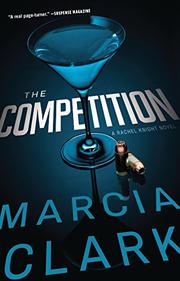 Ready for a fictionalized account of a mass shooting in a high school? Well, Clark is, though she comes a cropper in her attempt to rip another novel from headlines as painful as they are ubiquitous.

At first, the massacre at Fairmont High seems to have followed a familiar script. The two masked gunmen, who started their shooting spree at a pep rally in the gym, roamed the halls, ducked into classrooms, murdered some 30 schoolmates and wounded many others, and ended up in the library, where their own bodies were found, balaclavas tossed aside, in an apparent mutual suicide. Unfortunately, the coroner tells LA Special Crimes prosecutor Rachel Knight and her buddy Detective Bailey Keller of the LAPD (Killer Ambition, 2013, etc.), the corpses weren’t actually those of the killers, who remain at large. Confronted by a murderous pair obviously inspired by the massacre at Columbine High but clearly determined to surpass it, Rachel and Bailey can think of nothing better to do than start interviewing teachers, administrators and students, angering the shocked, defensive parents of anyone they even suggest might be involved. Meanwhile, the killers take their act to other venues and write Rachel taunting letters that sound exactly like the work of a high school student. The result is to invoke the horror of Columbine and other recent mass shootings while insisting that the perps, who clearly believe they’re brilliant, come across as merely narcissistic, immature and hateful. Nor does it speak very highly of Rachel and Bailey that every suspect they think might be one of the shooters promptly ends up dead-end dead.

An all-too-timely tale that makes you long for the day it’ll be outdated. Just the thing for readers whose appetites for stories of mass shootings haven’t been sated by the daily news.