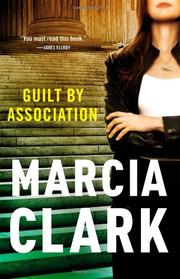 A corker of a debut novel in which a brainy, plucky female prosecutor refuses to rush to judgment.

A 15-year-old girl is raped. The Latino boy she’d been tutoring is the sole suspect. She’s rich, the daughter of Frank Densmore, a prominent member of the medical profession. He’s poor, a prominent member of the Sylmar Sevens, an L.A. street gang. Actually, Luis Revelo isn’t all that poor thanks to modest but steady profits from various sorts of petty larceny. Still, it’s the street-gang part that matters. Since he happened to be in the vicinity at the time of the crime, and since he is who he is, it’s clear—to most of the cop brass, as well as to arrogant, self-important Dr. Densmore—that Luis is their perp. ADA Rachel Knight begs to differ—as does her close friend LAPD Detective Bailey Keller. Savvy women that they are, both see go-slow signs. To begin with, Susan, the victim, simply won’t identify Luis as her molester. It was dark, she was terrified, but it isn’t Luis, she insists, who put the pillow over her head. The fact that Dr. Densmore insists that it is does little to persuade since neither Rachel nor Bailey react positively to arrogance and self-importance. Meanwhile, closer to home, there’s an equally bedeviling case, the murder of a friend and associate. Here, too—because they’re forced to unsettle certain folks in high places—Rachel and Bailey, careers on the line, proceed with caution.