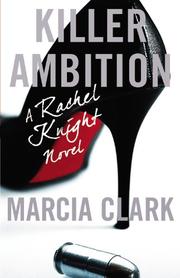 It’s obvious from the get-go who snatched megabucks Hollywood producer Russell Antonovich’s teenage daughter Hayley. All the evidence leads straight to her boyfriend, Brian Shandling. Pleasing complications follow anyway, though they’re not so pleasing for Rachel or her friend Bailey Keller, the robbery/homicide detective who lands the case when Antonovich pays the $1 million ransom and his daughter’s not returned. Item: Brian Shandling doesn’t exist; the boyfriend stole his identity from a long-dead infant. Item: Hayley was almost certainly in on her own kidnapping. Item: Both Hayley and Brian have paid the ultimate price for their little plot, stabbed to death miles from the ransom drop-off point, presumably by someone who got wind of their scheme and stepped in to rewrite the rules. Doing her best to roll with each punch, Rachel follows the forensics to a new pair of suspects and has them arrested, tossing the case into court, where Murphy’s Law prevails. When new evidence exonerates one of the two suspects of the actual murders, Rachel reduces the charges against him, and he promptly makes bail and disappears. Jury selection favors nasty defense attorney Terry Fisk. So do the invidious rulings of Judge Osterman. Rachel’s star witness gets impeached on the stand. The most sympathetic of the jurors has to discontinue her service. Desperate, Rachel goes behind her boss’s back to hire a very iffy consultant, knowing that if she loses the case, she’ll get fired.

Not to worry. Rachel does it all: from her fine first-half detective work to her routine, overextended courtroom duty. Next time, she’ll probably be judge, jury and executioner too.