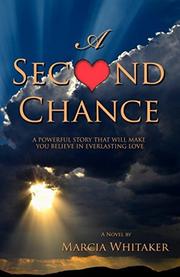 In Whitaker’s debut romance, a young doctor gets another chance at love when he discovers that his deceased childhood sweetheart has been reincarnated nearly two decades later.

Sixteen-year-old Amber Scott moves into a new house with her family in the foothills of the Colorado Rockies. Concerned about adjusting to life in a new town, Amber is delighted to notice a handsome boy about her age shooting baskets in the adjacent driveway. Before long, she and this next-door neighbor, Julian Cahill, become a devoted couple. It turns out that he’d been quite the lady’s man before meeting Amber, so everyone in town is surprised that someone has finally captured his heart. But as the couple grows closer, Amber begins having headaches and seizures, which turn out to be caused by a brain tumor; her health quickly deteriorates, and Julian is devastated. Amber is ultimately unable to beat the disease, and she dies the summer after her senior year in high school. During his mourning, Julian decides to become a neurosurgeon to honor her. The book then jumps forward 18 years, showing 35-year-old Julian as a renowned surgeon. He’s giving a tour of the hospital to young college students and is shocked to come face to face with Destiny Bradshaw, who’s the spitting image of his beloved. She soon reveals to him that she’s Amber, reincarnated. After initial skepticism, Julian is thrilled; however, Destiny is only 18, and she and Julian have many obstacles ahead of them. Although this story requires a significant suspension of disbelief, Whitaker manages to deliver a moving tale of love and heartbreak that’s as absorbing as it is touching. The prose is fast-paced, accessible, and engaging, and the dialogue usefully moves the jam-packed plot forward, although the teenage characters sometimes speak with a maturity that feels like a bit of a stretch. Still, the tale is full of humorous and sentimental moments that illuminate the struggle of finding and maintaining a meaningful relationship. There are so many clever plot details and intriguing subplots, though, that the story might have fared better if it were told in multiple volumes or even as a series.