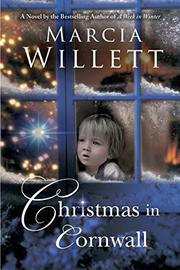 A widower and his young son find a new life in a convent community of elderly nuns, which is close to the estate that’s been in their family for generations and is still home to his mother and her parents.

The book begins on Epiphany and ends the following Christmas, spanning a tumultuous year in which a tiny community of nuns hopes to be spiritually guided toward the right choices for their future, and the futures of the laypeople who are like family to them. Clem is their helper and jack-of-all-trades, and Janna is the commitment-phobic wanderer who's found an unexpected home in the community, while Jakey, Clem’s 5-year-old son, adds a generous helping of childlike wonder to the elderly women and their resident priest. Nearby, Clem’s mother, Dossie, and his aging grandparents, Pa and Mo, live at The Court, an estate that’s been in the family for generations and has, until recently, been run as a B&B. The book opens with threats to the convent from shady developers who hope to play some legal tricks on the nuns to gain control of the property without compensating its residents; and to The Court, when Dossie’s brother and his grasping girlfriend put pressure on Mo and Pa to sell the property and split the proceeds. Dossie, who has a history of bad luck in romance, becomes involved with a new, mysterious man, Rupert, throwing a wrench in Mo and Pa’s plans to have Dossie restart the B&B business and keep the property self-sustaining, intact and in the family. Over the course of the book, we see relationships tighten and mature, and hinted truths come out in both expected and unexpected ways. While the book is classified as a romance, nothing is completely settled in the end as far as the real and potential romances in the book go, and the slow pace and overt spiritual slant to the plot will leave many modern romance readers dissatisfied. For the right reader, this book has charm, appealing characterization and a sprawling, unhurried storytelling style—though Willett’s present-tense writing and occasional head-hopping may be distracting. For most contemporary romance fans, the lack of a convincing happily-ever-after ending and the not-quite-concrete plot wrap-up that speaks to more spiritually decisive conclusions, rather than romantic ones, will likely make them feel disappointed and misled by the romance designation.

Overall, a quiet, sweet, slow-building story of spirit, faith, family, and community and the love that binds them—but not really a romance.