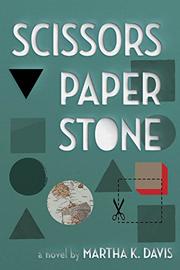 Questions of identity are bound to arise when children of color are adopted by white parents.

Korea-born Min is adopted by white Americans Catherine and Jonathan in 1964 when she's just a few months old; they try to nurture and love her as best they can, but race nags. Catherine’s younger brother, Andy, for one, will barely look at Min and, in a particularly explosive fight, declares that he will never accept the child as his niece. Worse, he tells his sister that he believes the adoption should never have taken place. “She’s not really yours,” he says. “I’ve got nothing against Orientals, but you can never even pretend that she’s your own.” Andy, sadly, is not the only person to react this way, but it's his rejection that stings Catherine the most. As Andy’s hateful words penetrate, they slowly undermine Catherine’s confidence as a parent. It’s brutal, if beautifully wrought. Indeed, as the novel unfolds and Min comes of age, we crash head-on into the sometimes-subtle and sometimes-overt bigotry that she experiences. The story is told in the alternating voices of Catherine, Min, and Min’s longtime best friend, Laura, and covers 21 years, from 1964 to '85. Set in the predominantly white San Francisco suburb in which the family lives, it addresses numerous additional topics—Min’s coming out as a lesbian, her parents’ divorce, the creation of dozens of LGBTQ institutions that developed to challenge homophobia, and the difficulties that all young people face as they attempt to navigate long-term relationships. Min’s sexuality—some scenes are pretty graphic—and the tensions that arise between her and Catherine combine to make the novel an intense and compelling read.

A terrific bildungsroman featuring three women who are by turns fascinating and bewildering but ultimately worth championing.

MY NAME IS LEON
by Kit De Waal
Newsletter sign-up