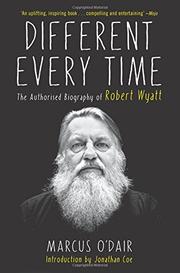 The Authorized Biography of Robert Wyatt

A British music journalist (Guardian, Jazzwise, and others) debuts with an account of the troubled but richly musical life of the legendary drummer, composer, and lyricist—now 70—who has blended jazz, rock, and many other influences into works that both startle and entertain.

O’Dair provides a favorable view of the multitalented Wyatt, though the author does not neglect his subject’s struggles with his libido (his first marriage imploded because of it), depression, and alcohol (which began when he toured with Jimi Hendrix), a substance-abuse battle that damaged his personal relationships. Eventually, Wyatt sobered up. The majority of the book is a discussion of Wyatt’s music. O’Dair divides the book into two “sides” (like a record), and after some introductory pages about Wyatt’s boyhood (which included a family friendship with poet Robert Graves), he launches into the artist’s musical evolution. Adept on more than one instrument, Wyatt was a superb drummer, but his drumming (at least with the full kit) ended in 1973 when he went out a window at a party and suffered a spinal injury that has placed him in a wheelchair ever since. We learn lots of lush details about Wyatt’s involvement in the Soft Machine, his legendary group, in Matching Mole, and his countless appearances on the albums of others (a discography appears in the backmatter). O’Dair shows us how Wyatt was not too fond of live performances—one affecting photo shows him, microphone in hand, singing backstage while others play in the light. We also see a musician whom others were drawn to and a man who was an avowed communist, a position he dropped after Tiananmen Square and other barbarities—though he remains a committed lefty.

A light, admiring, illuminating text that will appeal to groupies, general readers, and most others in between.