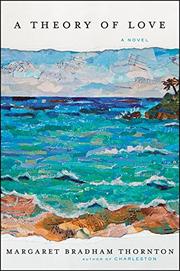 A THEORY OF LOVE

A journalist and a financier find it difficult to balance their careers with their relationship.

Helen Gibbs, a British journalist, meets half-French, half-American Christopher Delavaux on a secluded beach in Mexico, where she's writing a profile and he's on vacation before starting his own investment firm. Christopher’s work will have him based in London, and the two begin a relationship and soon marry. Though besotted with Christopher, Helen often feels out of place during the many dinners they attend with high-society people and other potential clients. Helen and Christoper are immersed in their careers, and though their work allows them to travel both together and individually to fascinating locations such as Saint-Tropez, Milan, and Tangier, they each grapple with the question of what it would mean to be fully present in their marriage, without the shadow of work overhanging. Tension increases when, during one of Christopher's absences, Helen discovers she's pregnant and has a miscarriage and again when Christopher’s business partner, Marc, exposes their firm to an extended ethics investigation. Thornton (Charleston, 2014) has created an immersive world; the prose has a subtle intensity, especially as Helen begins to feel more alienated from Christopher and under pressure to find something within her writing to sustain her. At the heart of this novel is an extended meditation on whether it's possible to maintain individuality within a marriage or if an insistence on holding back will ultimately weaken the relationship beyond repair.

A contemplative and absorbing novel with hidden depth.