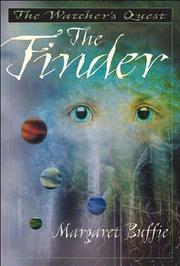 Buffie closes some plotlines but leaves plenty more a-dangle in this third volume of the Watcher’s Quest. Characteristically defying her training-master Histal, changing Emma Sweeny (to use her human name, though she’s actually a shape-changing, nonhuman “Watcher”) passes through a magical gateway and finds herself a principal player in another deadly Game—seeking four hidden wands of power before they can be collected by megalomaniac magic-worker Eefa. Even confirmed fans of the series may find this latest outing heavy going, as the author both loads down the cast with previously met characters, and frequently hits the Pause button either to backtrack or for repetitive spats between Emma and heartthrob Tom over who’s in charge of the quest. Still, though not particularly clever, Emma is as feisty as ever, develops some startling new powers, and by the end has learned her true parentage. An overly long, but competently fashioned fantasy with, unusually for epics of this ilk, some glints of humor. (Fiction. 11-13)