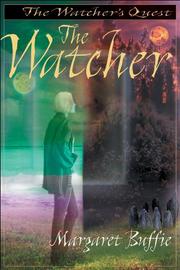 A teenager and her little sister discover that they are pieces in a game played across worlds in this suspenseful tale from the Canadian author of The Dark Garden (1997). Though set apart by her exotic white hair and skin, plus an oddly shaped birthmark, Emma has always been the sensible, dependable worrier of the family. She has plenty to worry about, too. As her mother struggles to bring the family bee farm back to profitability, and her sister Summer, subject to ever more frequent spells of weakness, seems to be fading away before her eyes, the old stone circle that her father, an environmental artist, is rebuilding seems to be attracting both odd incidents and mysterious strangers to the area. Suddenly, Emma is shuttling between her world and another, where two moons hang in the sky and overheard conspirators discuss a Game, and a Child, in chilling terms. Emma slowly pieces the puzzle together, identifying the Game’s powerful Players, figuring out the Rules, and discovering her role—and Summer’s too. As it turns out, they are both “Pithwitchen,” changelings sent to replace dead human newborns, and Summer is heir to a throne in that other place. From ominous beginning to tense climax, this page-turner, reminiscent in ways both of William Sleator’s Interstellar Pig (1984) and Eloise Jarvis McGraw’s Moorchild (1996), will keep readers guessing—and as the Game ends in a draw, they’ll be set up for sequels, too. (Fiction. 11-13)