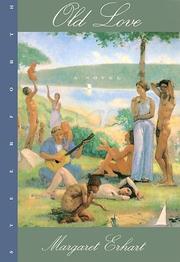  Angst echoes through the interior spaces of five characters, four family members and a family friend, as each seeks to define his or her sexual identity and position relative to the others: a probing, unsettling, but finally unsatisfying third novel from Erhart (Augusta Cotton, 1992, etc.). The Haases, living in a New Jersey suburb in the late '60s, seem unremarkable, entirely average. But are they? Brighton, the younger child, is withdrawn and silent, the result of falling through an pond ice in his youth; he's been in psychotherapy ever since. His sister Helen is better adjusted initially, but in time, as the family self-destructs, she too withdraws. Father Frank is sympathetic, dutiful, yet remarkable mostly for his absence: his dead-end job consumes him. This leaves frustrated, sexually ambiguous Tommie to shoulder an enormous burden as wife and mother. She leans on neighbor Hal, a close college friend (once a lover), for support, but Hal has his own cross to bear: He endures a six- month marriage before coming out, only to find he's no judge of character in choosing companions of either sex. Then Tommie takes to drink and drives into a stone wall on the night of the 40th- birthday party Hal's thrown for her. Head injuries alter her personality, or at least make her no longer willing to endure her family; she decamps in short order to live first with ex-roommate Jeanne Ann (also once her lover), then in a succession of women's communities from Oregon to Vermont. The children finish growing up without her, Helen denying her sexuality utterly while Brighton, having moved in with Hal in Manhattan--as a friend, not a partner- -goes his own way sexually. The tangle of relationships as well as the battered, withered roots of the Haas family tree are exposed carefully but relentlessly, with the grueling process giving about as much pleasure as a tooth extraction.