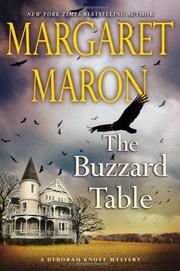 Every family has secrets. Some are even worth telling.

Deborah Knott never admitted to her husband, Dwight, how she got her judgeship. Dwight never told her what happened in Germany when he was a company man. And his son, Cal, fessed up to Deborah that he wanted to be adopted only after a pal ratted him out and she confronted him about it. But these little evasions pale in comparison to the big one that’s motivated Martin Crawford to come to Colleton County, N.C., and settle in a tenant house owned by his ailing aunt, who’s marshaling all her remaining Southern charm to entertain two other visiting relatives, NYPD Lt. Sigrid Harald and her mother, Anne, the Pulitzer Prize–winning photojournalist. Because Martin spends most of his time taking pictures of vultures—at least, that’s what he says—he happens to be in the vicinity of the trash site where someone has dumped an all too promiscuous realtor. He also happens to be nearby when teenager Jeremy Harper is bashed into a coma. And unfortunately for Martin, he happens to have followed the vultures to the local airstrip, where he may have entered a pilot’s motel room and snapped his neck. Is Martin responsible for all the mayhem, or are the attacks and murders unrelated? Sheriff’s Deputy Dwight, with an assist from Sigrid, a memory that resurfaces for Anne and an alibi that disintegrates, finally assigns the right motives—jealousy and revenge—to the right persons, discomfiting a philandering husband and unsettling the FBI and the CIA.