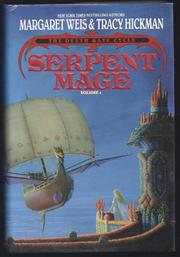 Fourth of the projected seven-book series (most recently Fire Sea, not seen), continuing the adventures of Haplo the Patryn and his rival, Albert the Sartan. Haplo arrives on Chelestra, a water-world whose construction makes no geometric, physical, or narrative sense, only to find that the local seawater quenches the tattoos that are the source of his Patryn magic. Meanwhile, Alfred, the clumsy, bumbling Sartan, also arrives and by accident reawakens the slumbering ancient, arrogant Sartan ruling council, who regard askance Alfred's growing friendship with Haplo. Also on Chelestra live some superpowerful dragon-snakes, whose purpose is to stir up trouble, force the Sartan to open the Death Gate, and allow them to escape. Haplo befriends a trio of ``mensch,'' the human, dwarf, and elf subclasses oppressed by the mighty Sartan, and eventually comes to trust Alfred—he turns out to be the Serpent Mage (whatever that is, and not that it makes a shred of difference to anything)—more than his nominal master, the Patryn Xar. Yet another futile exercise, with the implausible backdrop, absurd plotting, and vacuous dramatics highlighting the authors' inability to narrate in other than a pedestrian monotone.