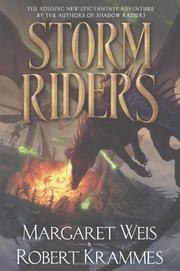 From the Dragon Brigade series, volume 2

Father Jacob Northrop and Sir Ander Martel have confirmed the identity of the bat-riding, demon-disguised attackers responsible for massacres and collapsing buildings. The Bottom Dwellers, descendants of an island sunk by powerful magic, have spent 500 years plotting retribution against all other countries of the world and developing the use of contramagic, spells which destroy other magical constructs. Unfortunately, the mere mention of contramagic is considered heretical, and the Grand Bishop will do anything to hide the church’s complicity in the Bottom Dwellers’ plight. Meanwhile, Capt. Stephano de Guichen of Rosia and his friends are powerless to counter the threat, as they’re stranded on a remote island—unless Stephano can persuade the island’s wild dragons to help. And Freyan spymaster Sir Henry Wallace also opposes the Bottom Dwellers (whom he inadvertently funded), while seeking what advantages he can for his own country. The novel is a great ride, offering shifting political alliances, thrilling battle sequences, angst-y romance and hairpin plot twists. Basing each fantasy nation’s language and culture on a European country is a bit of a cheat, but that’s outweighed by the floating palaces, magically steered dirigible ships and wyvern-drawn carriages. The series is also blessedly rich in strong, intriguing female characters, including Miri, the stubborn captain of the balloon ship Cloud Hopper; her mute, damaged but magically powerful sister, Gythe; Eiddwen, the ruthless mistress of disguise who serves the Bottom Dwellers; and especially Countess Cecile, the true power behind the Rosian throne, who has hidden her marriage to an executed traitor and her love for their apparently bastard son Stephano so that her many enemies will not target him.