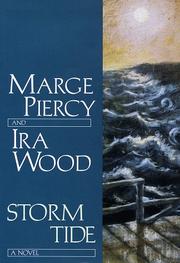 Two noted writers (Piercy’s many novels include City of Darkness, City of Light, 1996, and The Longing of Women, 1994; Wood is the author of Going Public, 1991) combine to write a seamless coming-of-age story in which a man must confront his past, his enemies, and the results of a tragic accident before he can finally settle into a new life. The story of David Greene, a native of Saltash, Cape Cod, is narrated in turn by David; by Judith Silver, a lawyer, and his adviser and lover; and by Johnny Lynch, the old politician who runs the town. While David is from Saltash, he has never really been a part of it; the townspeople, fearing and distrusting outsiders, had little to do with his Jewish family when he was growing up and still keeps David and summer people like Judith and her dying husband Gordon, a noted academic, at arm’s length. Johnny, in fact, has played cunningly on this fear of outsiders to keep himself in power. David has now returned to Saltash after his marriage and his career in baseball have both ended. His life seems to be going nowhere until Judith and Gordon suggest he try politics. He does, and in the process begins to fall in love with Judith, who now practices in Saltash, and also finds himself being dangerously attracted to troubled single mother Crystal, who, with her lonely son Laramie, insinuates her way into his life. But Johnny fights dirty, and David, though elected, has to deal not only with the two women who love him but with Johnny’s sly machinations. A storm and horrible accident help David realize that he can face down Johnny and that Saltash—and Judith—mean something essential to him. A wise tale, in a vividly rendered setting, of men and women learning to live and love more fully.