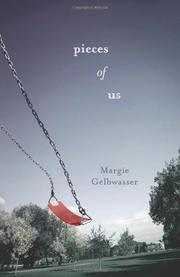 Two sets of deeply damaged siblings fall apart when their once-compartmentalized worlds of school and summer connect and crash.

Alex and Kyle are brothers; Katie and Julie are sisters. Alex despises his mother, whom he holds responsible for his father’s suicide and failing to protect him from a string of brutal boyfriends. He takes out his contempt for women on his loose-girl sex partners, frequently offering them to his intimidated younger brother Kyle, whom he abuses even though he thinks of himself as his brother’s protector. The only girl Alex doesn’t see as a slut is Katie. But Katie, who, when the book opens, is a queen-bee cheerleader with a star-athlete boyfriend, has too much to drink at a party and, semiconscious, has nonconsensual sex with her boyfriend and his teammate, an ugly secret the boys then use to torment and control her. Meanwhile, Katie’s younger, less-pretty and pudgier sister, Julie, plagued by a mother who belittles her, believes that her sister stole the one boy who liked her. The four protagonists alternate the narration, three in the first person, one, oddly, in the second, providing multiple lenses on this car crash of a story, which finally ends on a welcome note of healing and hope.