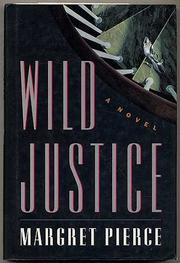 Psychological thriller from an author of five nonfiction titles (The House of Barrymore, 1990, etc.—not reviewed). Washington's suave, cynical, divorced international banker Ned Kaplan wants to end his brief affair with pretty, young Mary Jane Jones. Quixotically, he invites her to one of his elegant house parties—during which, enraged by her tears and threats, he pushes her down a back staircase to her death, ruled accidental. Kaplan's friend and lawyer Bob Cohn has his doubts about that ``accidental,'' but Mary Jane's mother Theresa has none: Studying her daughter's diary, she's certain it was murder and plots revenge. Divorced, with son Matt in high school, she applies for and gets (with forged references) the job of housekeeper in Kaplan's elaborate household. There, she watches, perfects her home-management skills, at one point almost succumbs to her boss's charm, and waits for the moment to strike. Meanwhile, the author's unconvincing portrayal of a woman obsessed arouses not even the vestige of empathy that a reader may feel for the harassed Kaplan and his unpremeditated crime—though the heavily detailed household arrangements of the rich and famous provide a mildly interesting sidelight. An ambitious, competently written, but uncompelling first novel.