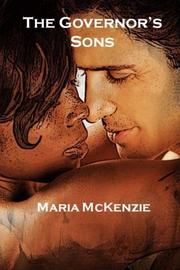 This gripping historical romance set at the dawn of the civil rights movement examines the personal and political repercussions of an illicit love affair between a black servant and a politically ambitious white man.

The chemistry between Ash Kroth, a talented, charismatic law student, and Catherine Wilkes, his family’s new servant for the summer and a student at the local Negro university, is obvious from the moment they meet. The Kroths have employed Catherine’s family for years and have treated them with respect and dignity despite the politically volatile climate and the racist speeches Ash’s father writes as the chief speechwriter for the governor of an unnamed Southern state. Ash and Catherine can only resist each other for so long until they begin their torrid love affair, which lasts until Catherine winds up pregnant and tragedy ensues. As years go by, Ash achieves his political goals. While trying to contain the chaos brought to his state by the civil rights movement, he attempts to reconcile both his past with Catherine and the family life they could have had. He also must keep a firm grip on his own children. McKenzie’s characters are complex, and their relationships with each other are fascinating. Ash, in particular, is intriguingly ambivalent: He has a weak constitution for conflict within his own family, yet he’s a powerful politician; he’s a segregationist determined to keep the state separate but equal, yet he felt Catherine was his soul mate. The only drawback to this fast-paced, suspenseful novel is the slightly rushed conclusion; the loose ends are wrapped up a bit too neatly for such dynamic characters. Nonetheless, McKenzie proves herself to be an effortless storyteller who sympathetically portrays the ironies and hypocrisies of those precarious times.