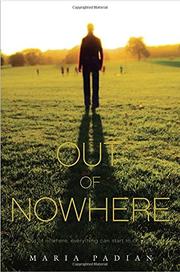 When Somali refugees move to his Maine town, a soccer captain matures in this Chris Crutcher–reminiscent drama based on a true event.

High school senior Tom Bouchard is comfortable in the middle. He's uncomfortable with both his racist, working-class uncle and his anti-racist, college-educated aunt. He likes the Somali kids on his soccer team but doesn't mind that his hot girlfriend is a bigot. As more and more immigrants populate Enniston, rising tensions force Tom to pick sides. Richer towns, alarmed at the amazing soccer players among Enniston's Somali immigrants, challenge the eligibility of star player Saeed. The concerns of locals—ranging from outright racism to worries about an infrastructure collapsing under the influx of English language learners—lead to taunts, fights and worse. Highlighting this tension (with an unexpected subtlety, compared to Tom's tendency to explain facts about Somalia he learned on Wikipedia) are the French last names of almost all of Enniston's white residents, grandchildren of Québecois once beaten in school for speaking French. Tom is a complex enough character to carry the heavy weight of racism, classism, sexism, culture shock and Islamophobia that comprise his story, with a believably encouraging coming-of-age. Still, the Somalis are here for Tom's education—as Tom's father says to him, "aren't you lucky? Knowing all these stories"—not for their own sake. Pair this novel with one from an immigrant's viewpoint, such as Marina Budhos' Tell Us We're Home (2010).

An encouraging, if incomplete, tale of high school sports in the melting pot