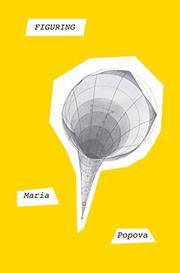 The polymathic Popova, presiding genius behind brainpickings.org, looks at some of the forgotten heroes of science, art, and culture.

“There are infinitely many kinds of beautiful lives,” writes the author at the outset. She closes with the realization that while we individuals may die, the beauty of our lives and work, if meaningful, will endure: “What will survive of us are shoreless seeds and stardust." In between, she peppers thoughtful, lucid consideration of acts of the imagination with stories that, if ever aired before, are too little known. Who would have remembered that of all the details of the pioneering astronomer Johannes Kepler’s life, one was racing across Germany to come to the aid of his widowed mother, who had been charged with witchcraft? The incident ably frames Kepler’s breaking out of a world governed by superstition, “a world in which God is mightier than nature, the Devil realer and more omnipresent than gravity,” and into a radical, entirely different world governed by science. That world saw many revolutions and advances ahead of the general population, as when, in 1865, Vassar College appointed as its first professor of astronomy a woman, Maria Mitchell, who combined a brilliant command of science with a yearning for poetry. So it was with Rachel Carson, the great ecologist, whose love for a woman lasted across a life burdened with terrible illness, and Emily Dickinson, who might have been happier had her own love for a woman been realized. (As it was, Popova notes, the world was ready for Dickinson: A book of her poems published four years after her death sold 500 copies on the first day of publication.) Throughout her complex, consistently stimulating narrative, the author blends biography, cultural criticism, and journalism to forge elegant connections: Dickinson feeds in to Carson, who looks back to Mitchell, who looks forward to Popova herself, and with plenty of milestones along the way: Kepler, Goethe, Pauli, Henry James, Nathaniel Hawthorne….

A lyrical work of intellectual history, one that Popova’s many followers will await eagerly and that deserves to win her many more.