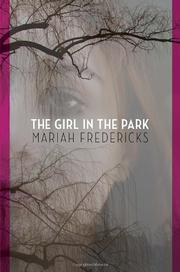 THE GIRL IN THE PARK

“If Wendy could, she’d scream her killer’s name so the whole world heard her… But she can’t. Her killer took her voice away. So I have to use mine.”

When shy Rain’s former friend, outgoing Wendy is found strangled to death in a New York City park, at first all Rain can do is grieve and feel regret about their failed friendship. But she soon becomes convinced from classroom gossip about Wendy’s last night that the murderer wasn’t a homeless vagrant but someone she knew. Wendy had a reputation for going after other girls’ boyfriends, and she’d openly announced on Facebook that attached bad boy Nico Phelps would be hers. Did he or his trust-fund girlfriend finally grow tired of her unwelcome advances? Rain is determined to find out, even if it means speaking up, something she rarely does because of a childhood speech impediment. Then a new piece of evidence challenges Rain’s initial conclusions, and she is terrified to discover that the murderer is closer than she imagined. Though Rain’s amateur investigation doesn’t start until the latter part of the novel, and the climax is a bit perfunctory, if gratifying, both Rain and Wendy emerge as fully rounded, flawed characters that teens will recognize and connect with.