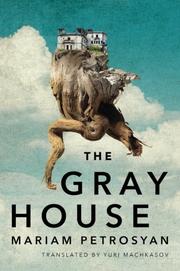 The House, which sits overlooked on the outskirts of town, is a boarding school for disabled children and teenagers. Isolated from the Outsides, the residents of the House are enmeshed in a carefully constructed world of unspoken rules and thorny histories. The meandering narrative moves back and forth in time, alternating narrators and tenses, to paint an intricate portrait of a social order that appears ultimately dictated by an unknown force, understood by its inhabitants to be the House itself. When student deaths begin to pile up over the course of the narrative, readers can identify with newcomer Smoker as he tries to understand the mysteries of the House and the source of its power over its inhabitants. Petrosyan has created a painstakingly three-dimensional, fully inhabited world. Slowly but surely, the plot reveals itself through a gradual process of unraveling, leading readers down a sprawling rabbit hole of intrigue and mysteries, accompanied by a dizzying array of quirky denizens. Petrosyan’s prose is wildly imaginative and beautifully wrought, overflowing in Machkasov’s translation with rich sensory details that combine with an offbeat sense of humor to form a fully realized world. This dense, heady tale should be enjoyed by seasoned readers of literary fiction and magical realism. Although it is being marketed in the U.S. for teens, it will perhaps find its most natural audience among adult readers.

An impressive—and impressively massive—feat of imagination and translation.