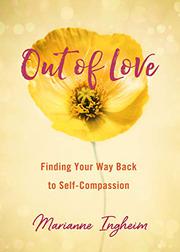 Finding Your Way Back to Self-Compassion

A writer/teacher learns to move beyond her guilt—and suggests how others can do the same—after a mastectomy, the end of her marriage, and her husband’s suicide.

Debut author Ingheim, a doctoral student at the California Institute of Integral Studies, has experienced her share of tragedy: In 2016 she received a breast cancer diagnosis and had a double mastectomy. The next year, she found the courage to leave her nearly 10-year marriage only to receive a call later that night that her husband had killed himself after receiving the news. Overcome with guilt and self-loathing, she eventually learned to move forward by practicing self-compassion, or “recognizing that the voice that wants to blame you for something that is in no way, shape, or form your fault is just that—a voice that doesn’t speak the truth.” She explains how she did it and offers tips for others with similar concerns in 67 brief chapters that blend self-help with reminiscences of her Seventh-day Adventist childhood, her challenges after her husband died, her life with a stepson by a happy second marriage, and other ups and downs. Jumping around chronologically, she offers vignettes from her own life and examples of how practicing “self-compassion” has helped her cope with difficult issues. In a chapter entitled “Scars,” for example, she describes both her physical and emotional scars and invites readers to contemplate what they’ve learned from their own wounds. Every chapter ends with a prompt that encourages self-reflection, so the people who will benefit most from this book are those who are willing to do some deep soul searching and consider questions like, “When do you beat yourself up?” or “Who or what brings you alive?” The brevity of the chapters and the frequent chronological shifts may give some people mental whiplash, but those who are willing to spend time reflecting on her prompts should be able to begin to “let go of the guilt and the ghosts” and begin their own journeys toward self-compassion and healing.

A helpful guide for readers hoping to move beyond self-blame that’s holding them back.