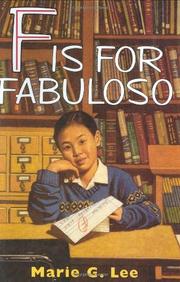 F IS FOR FABULOSO

In an earnest, preachy tale from Lee (Night of the Chupacabras, 1998, etc.), a Korean-American seventh grader copes with poor teaching in school and rising tension at home. Two years after moving to Minnesota, Jin-Ha’s mother is still trapped in the family apartment, so afraid to attempt English that she’s unable to shop without a translator, and so isolated that she doesn’t know what the F at the top of Jin-Ha’s math test means. Driven by guilt and humiliation, Jin-Ha resolves to study harder; she gets no help from her lazy, inflexible, insensitive (“You Japanese are going to beat our butts”) teacher, but finds an unexpected ally in hunky classmate Grant Hartwig. In public, he calls her a “friggin’ jap math geek,” justifying himself by saying, “That’s how guys are. You have to prove that you can dish it out and take it, too,” but in private he morphs into a patient math tutor. To compound Jin-Ha’s worries, her father takes to coming home late nearly every night with a vague excuse. The situations are resolved amid a welter of confessions (Jin-Ha’s father is working a second job), stern lectures, and fervent promises, capped by a warm, fuzzy Christmas scene. Although often perceptive, this study in cultural acclimation is weighed down by artificial-sounding dialogue and scarily simplistic characters. (Fiction. 10-12)