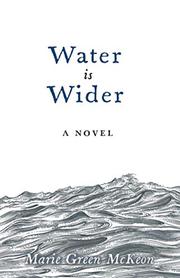 A young girl runs away to find her missing father, and an aging proofreader tries to find a foothold in life following the death of her mother in McKeon’s (A Balm in Gilead, 2014) novel.

Phoebe is 11 years old and lives with her stepmother, Adele, and her younger brother, Bobby. Her father has recently disappeared from the family home without explanation. Adele passes off his disappearance as an “unexpected trip.” When Phoebe finds a postcard from Connecticut that she believes to be from her father, although it’s unsigned and in an unfamiliar script, she begins to suspect foul play. When she tries to extract the truth from an agitated Adele, her stepmother locks her in a closet. Phoebe escapes and sets out for Connecticut alone in hope of finding her dad. Her journey intertwines with the seemingly unrelated story of Sidney, a 51-year-old spinster who is grieving her late mother. Sidney works as a proofreader at a struggling publishing house, Poppy Press. She worries about being laid off as parts of her office building grow eerily empty. One enduring presence is J.T., the creepy Poppy Press maintenance man who has recognized Sidney as a fellow outsider and chosen her as his confidant. As the press slides toward bankruptcy, J.T.’s paranoia intensifies, and his actions become all the more disturbing.

As in McKeon’s previous novel, much of the intrigue here is generated by how or if her characters’ lives will intertwine. Phoebe’s story is the more engaging of the two, and the need to discover what happens to this vulnerable young girl who’s hunting for her father alone makes for compelling reading at first. But her time spent on the road is overly protracted, and the most exciting moments involve stealing toast from an unsuspecting couple who are planning to have breakfast outdoors and hiding from a stranger in a church. While Phoebe’s adventure begins with promise but rapidly loses momentum, Sidney’s story is comparatively dull at the offset, dealing with the drudgeries of office life. The author overcompensates for this with a dramatic, wildly implausible denouement. The prose, however, is evocative and descriptively sharp: “[Phoebe] squinted at the sun as it glittered on suddenly emerald lawns and gawked at trees and bushes covered in delicate blooms. She began to stop just to breathe in the fragrant air.” McKeon also succeeds in tantalizing the reader until the novel’s close with the reasons behind Phoebe’s father’s disappearance. But this doesn’t overcome a plot that lacks balance and plausibility; for example, when Adele reports Phoebe’s absence, it seems unlikely that the police would display such indifference toward an 11-year-old going missing, immediately presuming “that her father took her.” McKeon is a talented writer with the ability to hold her audience in suspense, but readers of her debut novel will find this a comparatively less rewarding journey.

Sometimes gripping but scuppered by an unbalanced plot that toggles between dull and outlandish.