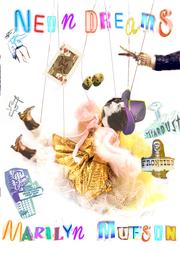 The grinding tribulations of a promising young woman breaking from the bad habits sewn by her upbringing.

Mufson introduces readers to Rebecca Plotnik, home after college, in the early 1960s, living with her parents in Las Vegas. Her dreams of an acting career in New York City are busily thwarted by her discouraging mother, her gambling-addicted father and her insecurities. Neon may be blinking in the streets, but Rebecca’s world is pure noir, a shadow land of enfeeblement, asymmetry and an identity in vertigo, freighted with the banality of her everyday woes and the desperation of finding the right somebody to lift her from her emotional flux and head eastward. A biting, chromatic portrait of Las Vegas in the ’60s alternates with Mufson’s sure hand that allows Rebecca to make one bad choice after another, falling for men who are too good to be true—one with charm enough to coax a hungry dog off a meat wagon, another not “merely handsome. He was Art.”—but just this side of believable to make us fall for them as well. She is also artful with the quality of the book’s creepiness—when her father introduces Rebecca to his gang, she says, “I pictured convicts breaking up rocks…I felt like a stripper in a graveyard”; her drop-dead-gorgeous boyfriend Alex’s relationship with his mother is a mix of Oedipus, sunglasses and a vodka martini or three (winningly, Alex’s siblings have figured out his degenerate ways—“So bohemian,” says Rebecca. “Gets pretty boring after a while,” says Alex’s step-brother.) Rebecca may be enslaved to fattening foods and her mother’s admonitions, but she is also a smart cookie, with a worldly eye that knows the difference between Middlemarch and Marjorie Morningstar, and Mufson lets Rebecca’s English professor nail her to the cross—“You may have done your best to turn in a shitty paper, as you called it, but your writing still showed promise—a series of brilliant starts that went nowhere.”

A deftly crafted tale of an absorbing character in dire straits; readers will be pulling for Rebecca Plotnik.