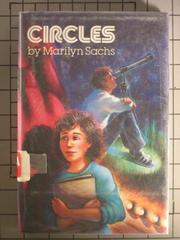 Beebe Clarke (named for Boat_rice in Much Ado About Nothing) longs to play Juliet in the school play—until the director has a heart attack, and the substitute (a thoroughgoing philistine who teaches PE and computer science) decides the tragic romance won't do and transforms it into a comedy featuring cheerleaders and football. At the same time, Beebe's mom meets a nice hardware-store owner, Jim Driscoll, but then decides their interests are too different for a serious relationship. Meanwhile, the real story in this innovative novel is waiting to happen: Beebe and Jim's son, Mark, are well suited to be friends and more, but don't meet until the book's last sentence. Though they go to the same school and have friends in common, circumstances (and, eventually, Beebe's care for her mother's feelings) keep them in the separate circles described in alternating chapters. Sachs sports wittily with Shakespeare's imagery concerning "star-crossed lovers," making Mark an amateur astronomer, having Beebe point out that the Bard himself could look askance at astrology (see Julius Caesar: ". . .not in our stars, but in ourselves. . ."), and contrasting a variety of pairings. She also works some good, relevant Shakespearean quotes into this pleasantly light yet thoughtful story.