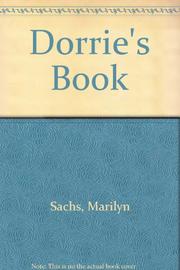 Dorrie wrote this book herself as a school assignment which helps us to excuse her indulgence in the material luxuries of being an only child—Dad's Caesar salads, Christopher Parkening playing Villa-Lobos on the stereo, a two bedroom apartment overlooking the Golden Gate bridge, and there's even an ingenuous admission that the adult world has pegged Dorrie as both an MGM (mentally gifted minor) and an obnoxious brat. Things change rapidly when Mom's long hoped for second child turns into triplets—placid Deirdre, screaming Randolph and hungry Raymond. The family, now double, moves into a rundown old house and onto a new regime of TV dinners and petty squabbles. And the new neighborhood brings them Genevieve and Harold. . . she's a big help with Randolph and both kids sort of attach themselves to the family after their mother abandons them. Dorrie, having lost her parents' attention is knee deep in self pity though under the circumstances it's hard to blame her. And you'll be ready to appreciate the cathartic fantasy ending she writes to her own story, which has Dorrie discovering twelve bodies and a treasure buried in the backyard and being adopted by an admiring police inspector who will train her to become a great detective. Dorrie's teacher marks her down for this conclusion (Mom explains that fiction is supposed to end with the loose ends tied up) but we find it marvelously liberating. Otherwise her garrulous precocity and, we expect, the reader's sheer relief at having been spared sibling problems of this magnitude, make this an empathic entertainment. Sachs has come closer to the homely truth of family life without resorting to the slightly frenzied humor one finds here, but, big vocabulary and all, Dorrie is still individual enough to survive such a whopping adjustment.