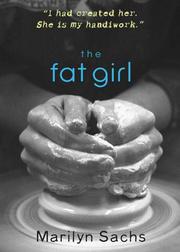 An unusual, cross-generational study in the corruptions of power—with strongly limned if poisonously weak adults, and fuzzier stand-in teens. Expediently signing up for ceramics, glamor-boy drifter Jeff falls hard for gorgeous whiz Norma—an interesting, self-composed sort besides, and (for no apparent reason) equally smitten. Yet why is he so bugged by the clumsy, doting "fat girl" in their class, Ellen De Luca? She keeps watching him, Jeff complains to Norma—who reminds him that he keeps eyeing her too. Then Ellen overhears him mock her, breaks into tears, and stays out of school. Jeff, less contrite than resentful (at being made "angry and cruel"), pays an apologetic call; Ellen sniffles that she's going to kill herself; his mopey, divorced nurse-mother, suffering from her own rejection by Jeff's father, says suicide-threats can't be discounted; and Jeff, jealous in turn of his remarried father's two young sons, takes up Ellen—to mold into a kind of statuesque Earth Mother, and display as his own, exotic creation. The ceramics parallel is implicit: Ellen becomes left's all-consuming project, his answer to what he sees as Norma's preoccupation with, and recognition for, her pots. The parallel with his demanding, complaining mother's need to exercise control—which impels his younger sister to flee to their father's easier-going household—is more open and ultimately explicit. Adoring, not-very-bright Ellen stops gorging herself and loses weight—desirous only of being an ordinary, pretty girl with a handsome boyfriend. She also takes a dogged, untalented fancy to potting (in lieu of college). And when she rejects the gold caftan Jeff has selected for her Senior Prom smash appearance, happily squeezing herself into an ordinary white gown, Jeff is outraged: "It wasn't my Ellen at all." She has the wit to know why he's sore, and the gumption to break off: "it was the power—that's all you ever wanted." Just like his mother, Jeff realizes, when she goes on about ingratitude to console him. You can't properly sympathize with anyone here, nor are you really meant to: the situation is compelling in its very awfulness, and gets edgier as Sachs cleverly, with each detail, tightens the screws.