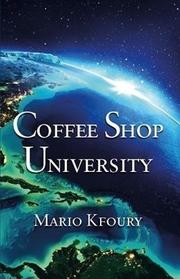 Debut author and private investor Kfoury presents a self-reflective meditation on religion, the stock market, and existence in general.

The book begins in 1999 with the author living in Los Angeles. He’d left Lebanon for America in 1987 and was “devoted to becoming independent, experiencing the American dream and testing what they taught us at school about real life.” This mission would take Kfoury to martial arts training in California, flight school in Florida, and to London, England, while “following [his] bliss.” The book is only loosely based on the author’s tangible experiences, though; the primary focus is on headier topics, such as Stockholm syndrome, karma, and the difference between “religious morals and secular ethics.” Later portions explore the stock market through the eyes of a trader, discussing the importance of the “Elliot Wave Theory,” used to forecast financial markets; the origin of candlestick charts, which signify price fluctuations, with rice trader Munehisa Homma in the 18th century; and how “Most people on the short term charts are sitting ducks for the big guys with the big guns to slaughter.” The final pages contain what the author calls “The Golden Principles,” such as “All monotheistic religions are guilty of worshipping ‘man-god’, therefore destined for war.” There are quite a few ideas to take in, overall—some thick with jargon (“All the Moving Averages calculations of the IKH are based on the 50% retracement of their respective periods”) and others alive with sentiment, such as the idea that the financial market is a “ruthless and amazing teacher.” This combination makes for a book that’s dense, impassioned, and unique.

Although the book is less than 200 pages long, including a lengthy bibliography, it offers a large amount of material for readers to chew on. Chewing and digesting are two different things, however, and unless readers have more than a cursory knowledge of finance and philosophy, they may need to do further research to get a fuller understanding of what the author’s trying to convey. Some of the work’s humanizing portions, such as a reference to Baz Luhrmann’s 1999 single “Everybody’s Free (To Wear Sunscreen)” and a story of a flight over the Hudson River, help to ground it, though it’s still, by and large, a book of ideas, and some of those ideas end up being more convincing than others. For example, in Kfoury’s account of a deep conversation that he had in 1990s Florida with a woman named Gaia, she insists that “God is not a man. She might be a woman, or neither, but definitely not a man.” Whether this assertion is intended to be a deep truth or simply a counterargument to established religion is unclear. Other statements, though, come across as more insightful, such as the author’s chapter-ending realization that “God exists, but not the way they tell us about.” By the end of the book, the reader will certainly find themselves dwelling on something new.

A dense, personal collection of thoughts on many of life’s great mysteries.

HOW TO BE A KID AGAIN
by Red Devine
Indie

THE GIRL FROM SPACESHIP EARTH
by Patricia Ravasio
Indie