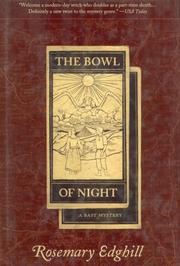 Another case for occult investigator Truth Jourdemayne (Witchlight, 1996, etc.). Drawn to, or ending up at, Morton's Fork, West Virginia, are: spoiled rich drunk Wycherly Musgrave, guilt- ridden over the girl he thinks he killed while DWI, who drives off a cliff; actress and telepath Sinna Dellon, shunned by the locals as a witch; and Truth, along with her betrothed, psychical researcher Dylan Palmer, to study an occult hotspot. Banged-up Wycherly hires a cabin—coincidentally the place where Sinna was born—and local girl Luned Starking to keep house for him while he makes a final attempt to dry out. Sinna finds she's losing her telepathy, becomes attracted to Wycherly, and struggles to keep her bloodthirsty ancestors from taking over her mind. Truth discovers that a Gate to the land of the sidhe (Truth is part sidhe herself) not only stands open but is haunted by a dead relative, the black magician Quentin Blackburn. Dylan, however, rooted in science, doesn't trust her judgement, and the pair quarrel. Luned vanishes; Quentin tempts Wycherly, who also vanishes; Sinna succumbs to her ancestors' psychic assault. And even if Truth can enlist white magician Michael Archangel to banish Quentin's evil shade, will she have the strength and the means to close the dangerous Gate? Taut, shapely, well-informed: the best entry so far in a still improving series.