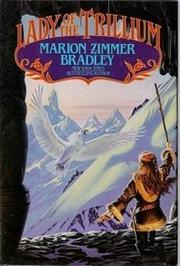 LADY OF THE TRILLIUM

Bradley (The Forest House, 1994, etc.) offers a solo novel in the world of Black Trillium, a three-way collaboration with Andre Norton and Julian May featuring three princesses in a fantasy kingdom. Haramis, the last survivor of the three sisters, is now the Archimage of Ruwenda. Remembering how she herself inherited the position with neither preparation nor training, she decides to choose and train a successor. Mikayla, a young princess of Ruwenda, appears to be the logical choice: She has rudimentary magical powers, plus a lively curiosity about how things work. Haramis scoops Mikayla up and brings her to the Archimage's tower to begin training, but it soon becomes obvious to everyone except Haramis that Mikayla doesn't want to be Archimage; she considers herself betrothed to a boy about her own age, Lord Fiolon, who shows an almost equal magical talent, although his real interest is music. Undeterred, Haramis presses ahead with the training, and when Mikayla refuses to give up her bond with Fiolon—maintained by a kind of telepathy—Haramis attempts to break it by magic. But Haramis collapses after making the effort, and Mikayla and Fiolon work together to find a way to heal her. The task requires not just the magical powers Haramis has used, but the forgotten technology of the ancients. An entertaining variation on the ``wizard-in-training'' theme, with appealing young characters. Not Bradley's most ambitious work, but a very enjoyable light fantasy that touches on more serious themes.