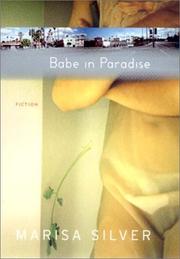 All the characters in these nine stories grapple with the promises that Los Angeles makes but inevitably falls short on. In the title piece, Babe and Delia struggle in vain to hoist buckets of water onto the roof of their rental house in the path of L.A.’s yearly firestorm. It’s just another losing battle, emblematic of their life together crisscrossing America, although this one is worse because it happens in paradise, at the edge of the ocean and the end of the road. Babe turns up in two other stories, a little bit older and a little more hopeless each time. “What I Saw from Where I Stood,” first published in the New Yorker, depicts a young couple getting carjacked and becoming increasingly paranoid. Another young couple, midwesterners hoping to break into the movies, search for a new house with the right image (“Statues”), only to find themselves in the den of old-time pornographers. One of the standouts here, “The Missing,” shows Marianna, a scientist picking over the bones of the past at the La Brea Tar Pits, and her brother Julian, a junkie living on the celebrity fringe, watching in confusion as their usually reticent mother, Dora, decides to give lectures about her survival of the Holocaust. Having never heard the stories herself, Marianna sits in awe among bored teenaged girls as Dora states, “I was afraid that when I said these words, I would start to scream. But now I think I have been screaming all my life.” Also fine is “Gunsmoke,” about a daughter who does voice work in the movies hesitantly reconnecting with her father, once a successful stuntman but now a virtual recluse. Disillusionment is rife, and each of the characters wanders in a perpetual half-land between glamorous salvation and keen disappointment. As one concludes, “Now they could stop looking for Los Angeles, which seemed to be everywhere and nowhere at the same time.”

A few gems, a few disappointments, a voice to watch.